As per the official documentation of Kubernetes -

A Deployment provides declarative updates for Pods and ReplicaSets.

A major benefit of a deployment is the ability to start and stop a set of pods predictably.

A Kubernetes deployment makes this process automated and repeatable. Deployments are entirely managed by the Kubernetes backend, and the whole update process is performed on the server-side without client interaction.

The Kubernetes deployment controller always monitors the health of pods and nodes. It replaces a failed pod or bypasses down nodes, ensuring availability of applications.

We will discuss all these strategies in detail and their use cases with the help of a sample app deployed over k8s with Devtron.

Note: Devtron provides a detailed documentation on deployment strategies that it supports and parameters used.

We have 3 pods that are in the RUNNING state, now let’s select a deployment strategy by going to App Configuration > Workflow Editor and Selecting the CD Pipeline as shown in the image below.

After we click on the CD Pipeline a window will open which allows us to edit the pipeline. Under the Deployment Strategy, we can add a strategy we want to deploy with.

We can also specify multiple strategies with their configuration and define a default deployment.

Rolling is the default strategy that is selected when you add a deployment pipeline on Devtron. It works slowly, one by one, replacing pods of the previous version of your application with pods of the new version without any application downtime.

Rolling deployment typically waits for new pods to become ready via a readiness check before scaling down the old components. If a significant issue occurs, the rolling deployment can be aborted.

We have done a few changes like selected maxSurge value as 2 and maxUnavailable values as 0. To see these changes we need to deploy the app again and once our app is healthy we can observe these changes in the App Details Section.

As you can see 2 extra pods are running apart from the 3 old ones due to the maxSurge Value.

Now the old pods will terminate one by one and new pods will be created.

And eventually, all the old pods will be replaced by new pods.

Let's change the deployment type and select the recreate strategy in our CD Pipeline.

As we can see it terminated the old pods at once which were previously running and deployed  all 3 new pods together.

We will also change some parameters to observe the results quickly.

Let’s Update and Deploy our application.

As we can see 3 new pods with the latest version have been deployed. The traffic routes to different versions by changing the service. We can observe that by having a look at the events in the Rollout object.

From the above events, we can see that it first scaled up the replicasets and switched the service. After that scaled down the old pods after some delay which we defined in the parameters.

Canary deployment is a deployment strategy that releases an application or service incrementally to a subset of users. All infrastructure in a target environment is updated in small phases (e.g: 2%, 25%, 75%, 100%).

After Updating the CD Pipeline and redeploying our app let’s see what kind of changes are happening.

Since we selected MaxSurge as 2, two new pods are created, and after 30 sec 50 percent of pods will be moved to the next stage, and after that the remaining.

As we can see old pods are getting terminated according to our weight selection and new pods are created.

Hurray! You reached the end. Hope you found the blog informative and learned about how easily you can implement all these different deployment strategies using Devtron just with a few clicks. Feel free to let us know your thoughts and join our community discord-server if you have any doubts about Devtron or which strategy to choose for your organization. We would be happy enough to help you. 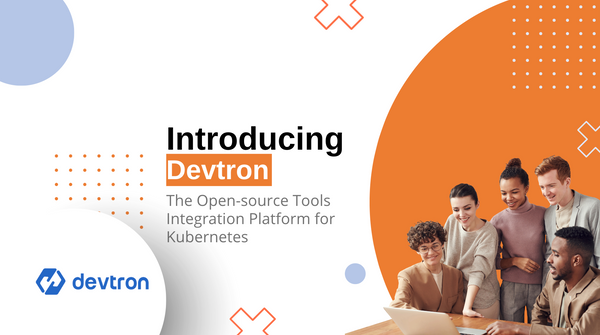 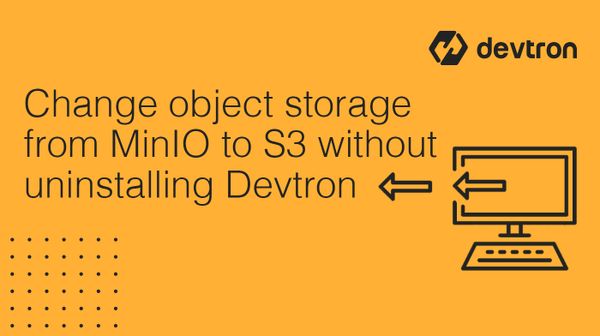 Devtron is a web based CI/CD orchestrator for Kubernetes. It integrates Ftimevarious open source tools to provide an AppOps solution, that includes Security Scanning, GitOps based deployments, Access Control,