This Christmas, we are rolling out a host of compelling features for you to harness the power of Kubernetes. Here’s a sneak peek into the features released across December 2019.

Global Configurations
1. Access Controls: Super admins can now give Project and App level access to other colleagues in their organization. Control what level of access each user has, viz View, Trigger or Admin.
2. Add Projects: Super admins can now add a project on Devtron for a new Project onboarding Devtron.
Notifications: Configure Slack/Email Notifications on various events of your CI and CD pipelines.

CI Updates
1. Post and Pre-build stages: Introducing post and pre-build stages for running any sort of scripts/webhooks etc. You can configure your testing scripts to be executed using these stages.
2. Tag support for Github: We now support CI-trigger on tagging, the CI is triggered as soon as a tag is created that matches the regex specified in the CI configurations.

3. CI Config File: The devtron-ci.yaml file tells the Devtron CI-Runner what to do before and after the CI-Step. It has two stages: before and after. Either of these stages is optional.

Debugging and Stats
1. App Metrics: Enable this feature to get a broad view of your deployed App’s performance (CPU, RAM, Latency, Throughput, Status Hits) [Only supported in Chart version 3.1.0 and above].
2. Release Component Status: No need to dive into the cluster for debugging purposes anymore. Now you can get a detailed view of your deployment components’ status (deployments, stateful-sets, replica-sets, pods, endpoints, ingresses, configmap, secrets etc).

Have a Merry Christmas and a kickass New Year! 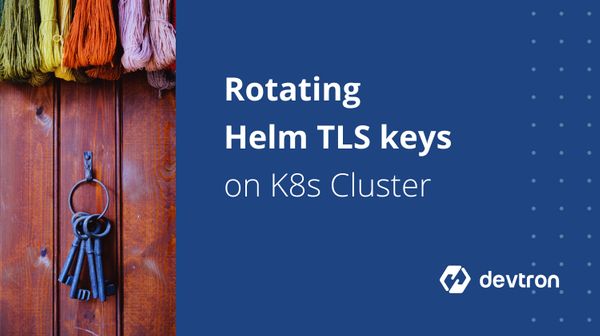 Helm is the most widely used application package manager for Kubernetes. It allows describing the structure of application through helm-charts and lets one easily manage the installed applications with simple 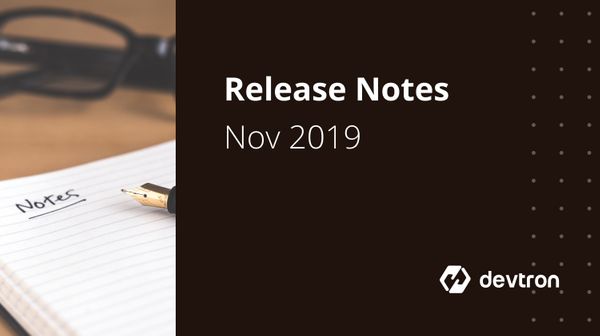 Hi folks, This Thanksgiving we are adding some important features to the Devtron tool to make your life even more easier (Safely assuming we’ve already made it a lot