Contemplating if your Jenkins ecosystem can scale with your business needs or if you need additional firepower offered by Devtron, then this blog will help you decide. Jenkins provides environments to build CI/CD pipelines using scripting for various source code repositories. Primarily it provided pipelines for Java code repositories. Since then, it has undergone multiple iterations and modifications to cater to changing needs of modern infrastructure. In contrast, Devtron is a Kubernetes native CI/CD platform that orchestrates the entire software delivery value chain and helps you build, test, deploy and observe all your applications on a single pane dashboard.

Jenkins is the first tool in the minds of every developer looking to reduce build errors caused by code failures. It checks for code failure before it is sent forward for deployment. Built on Java Jenkins ecosystem will bring Continuous Integration to your software delivery value chain. But if you plan to incorporate continuous delivery, you will have to rely on plugins that need to be configured to perform a rudimentary job of continuous delivery.

Jenkins is enough for organizations with limited digital footprints that rely less on software technology. Running a simple stateless application on Kubernetes is overkill and is not recommended. Jenkins should be a safe and easy solution. But the companies that match this criterion are reducing day by day. And as organizations are looking to future-proof their business, microservices become essential, and Jenkins should not be extended beyond its primary ability of continuous integration.

Why avoid Jenkins for deploying into Kubernetes?

We have listed down some parameters that will help you convince.

What about Jenkins X ?

Jenkins X combines many tools hidden under the CLI interface. But as complexity increases with Kubernetes in a Jenkin X system, users get busy solving and debugging tools rather than debugging code. Though Jenkins X offers a lot of different plugins for different needs, it can take a lot of time to configure it, and a lot of expertise before the team can understand how to use it. The option sometimes makes it difficult to make the right choice of plugins.

What is Devtron, and why should you give it a try?

Applications teams follow their own best practices while executing their CI/CD process. With a Jenkins ecosystem for CI/CD, the heavy reliance on scripts makes the process very specific to the understanding of one developer/ owner. Similar reasons were the cause of snowflake servers, and it was resolved using IaC.

When CI/CD pipelines are configured to deploy into Kubernetes, a Jenkins ecosystem would require extensive YAML configuration and scripting from Developers and DevOps. Today, where containers are becoming ubiquitous, containerization of software artifacts becomes a challenge with Jenkins. Complex docker scripts further increase the complexity of the process, and scaling is out of the question. With Devtron, containerization is native and can be automated with Buildpacks when docker files are absent.

Such an ecosystem is very fragile and may bring down the whole organization's process at the tweak of one parameter. Without an instant rollback, it is nearly impossible for Developers and DevOps to have the confidence to experiment and explore new opportunities.

Devtron is an open-source production-ready Kubernetes-native DevOps platform that covers all your needs on Kubernetes, from CI, CD, GitOps, observability, troubleshooting, security, governance, and everything in between. Devtron also serves as an Internal Developer Platform engineered to bring uniformity, flexibility, and scalability to an organization's CI/CD practices. The self-service Devtron platform is easy to implement and use for developers and DevOps alike.

Devtron is built for deploying into Kubernetes, keeping in mind that developers do not have to learn additional languages like Helm and Kubectl for their day-to-day activities. We want developers to focus more on building their back-end and front-end applications rather than spending time configuring pipelines. With business first mindset Devtron helps applications teams achieve CI/CD maturity  10X faster.

What if I already use Jenkins?

It is a fact that CI and CD are not the same. Unlike CD, the build process hasn't changed much over the years. As Jenkins is an expert in CI, we did not want to reinvent the wheel with another build tool. Devtron can perform builds if you don't have any existing build process. But as many organizations have extensively invested in Jenkins and similar build tools, we make it easy for them to integrate their CI pipelines into Devtron for a flawless software delivery workflow. While preserving your existing investment, Devtron ensures that security is not compromised and the entire process remains error-free

Feature by Feature, Devtron vs. Jenkins

Jenkins has been revolutionary in helping developers build code and deploy it into monolithic servers for decades. It was primarily a build integration tool. The concept of microservices is new, and the creators of Jenkins had no way of predicting the future of infrastructure. With new plugins, Jenkins can now deploy to containers.

Jenkins stays a strong contender if you plan to use VMs and do not need Microservices. But if you want to go cloud native and adopt Kubernetes, you must divert your search toward tools like Devtron that have been built to enable Kubernetes in production.

While you are evaluating your options, Devtron may be able to tick all of your requirements at one go. The Devtron team is driven by strong open-source ethics; they do not differentiate their open-source and commercial versions.  As a user of Devtron, one can stay confident that new releases will always be leaned towards improving the platform and user experience.

Visit Devtron’s Github page to begin the installation. The well-maintained documentation makes installation and troubleshooting a breeze. You can reach out to the team on their dedicated discord community server for any queries. 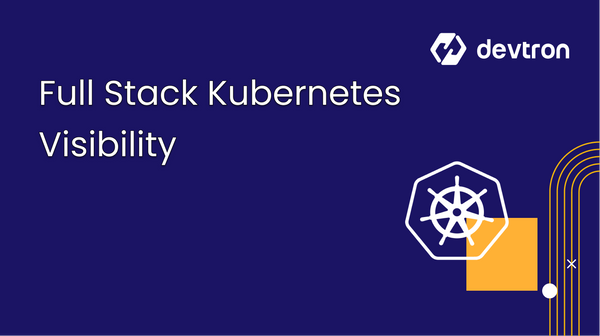 TL;DR: Traditional, domain-centric monitoring solutions simply cannot give DevOps and SRE Engineers the complete picture of the application ecosystem they need for for your K8s applications from beginning to end. 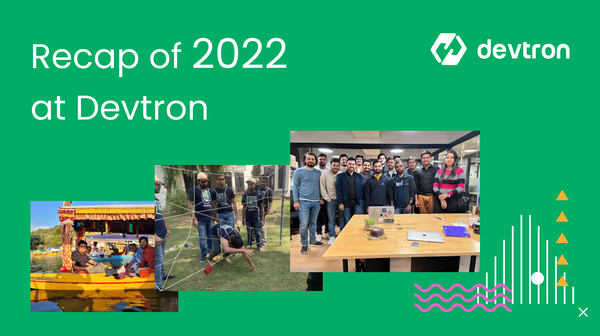 TL;DR: Devtron is serious about both fun and work. The year 2022 was a blast with lots of fun activities, team excursions, community engagements, and product enhancements.