We are very pleased to announce that Devtron has secured funding of $12M led by New York-based private equity firm Insights Partners and participation from Leo Capital, among other marquee angels. The funding round is an early testament to our vision of giving modern DevOps practice a new spin as we simplify modern application building and deployment with Kubernetes at the helm.

Why we built Devtron?

When we were looking at various approaches to build Devtron, we looked at myriad options, including asking the basic question, Should I try a different DevOps platform readily available in the market? After much thought, we decided not to go on that route. In that pre-Kubernetes era, most companies and practitioners adopted their unique fingerprints of the DevOps ecosystem. Some preferred to use scripts and a mix of other tools and used approaches that suited their unique use case including opinions that suited them more than the cloud-native developer who was mostly oblivious of what was happening to the deployment environment including the Kubernetes ecosystem.

What we encountered mostly were frequently ill-configured pipelines, no insight on the deployment strategy, a very high learning curve on the KT of this new cloud-native world, almost no debugging tools available to finally a total lack of developer and DevOps experience.

As per Gartner, While Kubernetes is on the rise, significant challenges are slowing adoption and preventing the technology from becoming more prevalent. Organizations continue to struggle with selecting the right container management offerings to support developer agility, modernization and operational efficiencies. Despite the growing interest in containers, running them in production involves a steep learning curve. We can attribute this to both technological immaturities, as well as a lack of operational know-how (i.e., internal expertise and skilled practitioners). Devtron strongly feels it has the potential to actually address these challenges and make them into an off-the-shelf offering.

What sets Devtron apart from others?

There is a huge cost optimization of both DevOps resources as well as the overall cost of running operations. Using Devtron’s platform, companies have been able to reduce their Kubernetes maturity journey from a year to months. In some cases, companies with more than 50 microservices have onboarded Kubernetes within 15 days. Additionally, post-adoption companies are witnessing 5x improvement in their deployment speed with a more than a 90% reduction in their change failure rate and a 70% reduction in the mean time to recovery.

Also being a single pane it provides end-to-end visibility of the state of DevOps maturity, audit logs, and DORA metrics. Additionally, Devtron is working on allowing people to create custom dashboards based on their needs.

Devtron is an entirely open-source DevOps platform that can provide you with enterprise-grade security, pipelines, and deployment strategies. The platform also offers a unified dashboard where you can easily track all DORA metrics for business reporting. Teams need not need to adopt other platform monitoring tools for error debugging.

One of our many customers did their own detailed blog on us and you can read that here https://blog.livspace.io/how-livspace-revolutionised-its-ci-cd-saga-3120724e271b

The company operates in a broader CI/CD market with players like Gitlab, Harness, and several open-source projects like Argo CD. In contrast, it has a unique take on managing Kubernetes-based applications at scale, bringing high developer efficiency and productivity.

Devtron is an open-source platform that is deeply motivated to build and strengthen its growing and vibrant community. All the features are available off the shelf as OSS without distinction between an enterprise offering, making it operate like a SaaS company, with OSS offering primarily acting as a distribution strategy to drive more adoption and resonance. Many of Devtron’s customers have signed up for commercially managed models where they pay for SLAs and priority features and fixes. Devtron sees strong word of mouth as its growth driver among its commercial customers, with users of Devtron promoting it as they move to new organisations.

Devtron has reworked the platform in the last few months to be positioned as “DevOps in a box” to assist companies in navigating the complex world of cloud-native and DevOps tooling. With the “DevOps in a box” approach, high-growth startups and mid-sized enterprises can focus on building their core business and competitive advantage. At the same time, Devtron quickly matures DevOps practices within the organisation, enabling significant resource optimization by providing autonomy to the development team. This has meant more modularity and integration touch points to adopt Devtron while using various opinionated methods and a common dashboard for managing all of that at Devtron.

The software delivery teams of a supply chain and logistics company used to write and manage their code using Jenkins and Scripts. With Devtron, they could avoid a scripting nightmare and deploy any number of applications with a shared codebase for downstream deployments. Templates enabled the cloning of new applications with a single click, and the unified dashboard helped provide real-time visibility into these deployments.

Finally, I like to requote what Insight partners noted.

"Devtron integrates with products across the microservices lifecycle, particularly Kubernetes, enabling its users to deploy faster and automate their CI/CD pipelines without worrying about Kubernetes know-how. This saves significant time and resources to build and deploy in production," said Josh Zelman, Principal at Insight Partners. "We couldn't be more excited to partner with Prashant, Nishant, and Rajesh on this exciting next chapter in Devtron's growth journey."

Please visit our website: www.devtron.ai for more information. If you are looking for a challenging career in open source, check out our career page for more details. 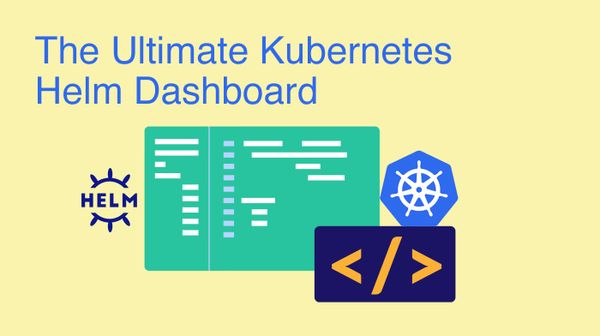 Configuring and managing Kubernetes requires a lot of effort and domain expertise. From writing Kubernetes manifests to deploying and upgrading them manually every time a new change comes in, it 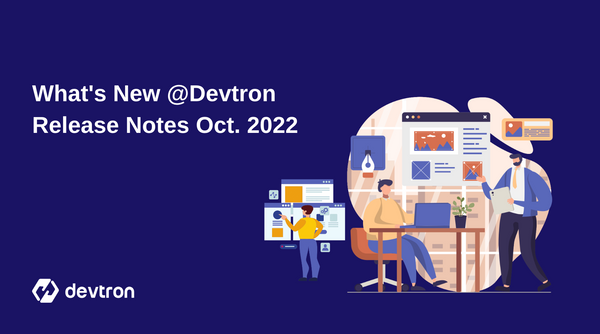 Hello Everyone, We have come back with the new release! Do you want to keep up with the new updates on what’s going on in Devtron? Then, let's find