Let’s go ahead and see how we can achieve this.

MERN Stack is a combination of different technologies summing up the entire stack. It consists of the following technologies:

Before we start with the hands-on journey, Why do we need to deploy MERN Stack over Kubernetes? To answer this question, let’s take a step back.

Traditionally, for deploying containerized applications/stacks, docker was heavily used. We can containerize each of the technologies say - MongoDB in a container, react in another container, and node-express in a different container and link them all with certain port numbers to work together. Or we can use docker-compose to deploy the entire stack.

But when you talk about auto-scaling, and high availability, these tools aren’t enough to meet the requirements. This is where Kubernetes comes into the picture.

It is an open-source container orchestration platform for automating deployments, scaling, and management of containers. To know more about why you need to migrate to Kubernetes, please click here

Now that we know the need for migration, let’s get our hands dirty. In this blog, we will show how to deploy a simple CRUD application that is divided into three parts -

For the database, we will use a community helm chart. All the deployments will be carried out by using Devtron.

[Note: If you haven’t installed Devtron, feel free to check out the well-managed documentation and join the devtron discord community for any help]

To deploy MongoDB, we will use bitnami/mongodb(13.1.2) chart that is easily accessible in Devtron’s Chart Store as you can see in the image below.

Once you get the chart, click on it. It will open the configuration window where you have to provide details for App Name, Project, and Environment in which you want to deploy. Additionally, it also shows all the chart configurations where you can make any changes if required. For this, please make the following changes:

Once you click the Deploy Chart button, your database is up and running. You will be able to check out all the resources it has deployed, including the status of the application, the chart version, and many more as shown below.

Now that our chart is deployed, let’s move ahead and deploy the backend of our application.

[Note: To deploy any helm chart using Devtron, please have a look at this blog].

To deploy the backend (Express & Node), we have to create a custom app from the Devtron dashboard. Devtron is capable enough to deploy any kind of application irrespective of the language or stack chosen for the project. Let’s move ahead and onboard the backend app.

Step-1: Click on the Create dropdown, and select Custom App, it will open a window and ask for details as shown below. Provide the necessary details and click Create App

Step-2: After creating an app, you will be redirected to the App Configuration tab where you need to provide the Git Repository (source code URL), Docker Build Config (container repository name), configure Base Deployment Template (k8s configs), ConfigMaps & Secrets if any.  For a detailed understanding on App Configuration, feel free to check out the documentation.

After making these necessary changes, leave all the configurations as default. That’s the beauty of the deployment template provided by Devtron. You don’t have to write big YAMLs for k8s configuration. Everything, right from the pod specs, hpa, keda-autoscaling, service, ingress, etc. is pre-configured. You just have to tweak some values as per the requirements and deploy it.

After the CI Pipeline is created, Click + icon to create a CD Pipeline corresponding to that CI. Configure the details, and click Create Pipeline.

Woohoo! We are done with creating the pipeline for our backend application. Now that we don’t have any ConfigMaps or Secrets for this application, let’s move to the Build & Deploy tab and trigger the CI Build.

Step-4: Click Select Material, select the commit against which you want to build an image, then click  Start Build. It will start building your image. You can see runtime logs, commit details for the particular build, security results (if enabled), and artifacts.

Step-5: After building the image, click on Select Image in your deployment pipeline, and deploy the image that you have built. You can also check the commit for which image was built on the deployment dashboard itself.

Now for more details of the deployment, navigate to App Details tab and you can see all the information about your application. The environment in which it is deployed, k8s resources it has like pods, services, etc, manifests, logs and much more can be found on the Devtron dashboard itself just like we had in the MongoDB chart when it was deployed.

Now that our backend is deployed, let’s deploy the frontend application (React). To deploy it, we need to follow the same steps that we followed in the case of the backend. But instead of configuring all the configs again, we can use the clone feature of Devtron that would do all the configs for us. We would just have to replace the git repo of the source code, minor changes in the deployment template, and then we are good to build & deploy the application.

Step-2: After the app is created, it will take you to App Configuration tab wherein you have to replace the git URL with the frontend URL. Then move to the Deployment template, change the port number, and ingress hostname. In our case, we have made the following changes.

After making these changes, build the image as we did for the backend application and deploy it. Once the application is up and running, we would be able to access the application at the host we have provided in ingress configurations.

You can try out the application too at frontend.devtron.info/

The entire MERN Stack deployment can be seen at Devtron’s preview dashbaord. Feel free to signup into the dashboard using Github and explore Devtron’s features.

If you like Devtron, do give us a start on github and join the discord community for all the latest updates. 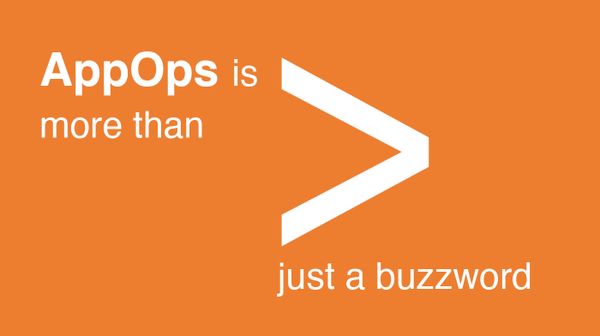 What is AppOps?Developers productivity was always a central point of concern for organizations but with the rise of microservices architecture, it's even more essential to focus on developer productivity 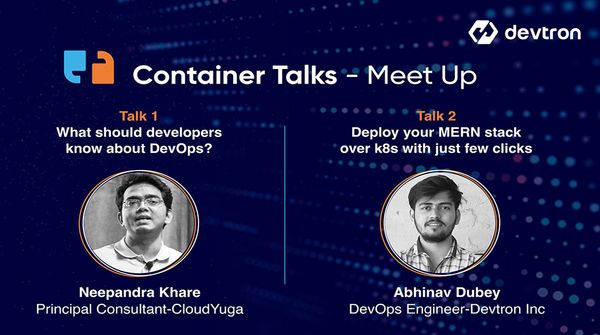 Wednesday, 7th of September 2022, we had our first online Meetup by ContainerTalks. ContainerTalks is an initiative by Devtron to share knowledge and experiences in the Cloud Native domain. Meet